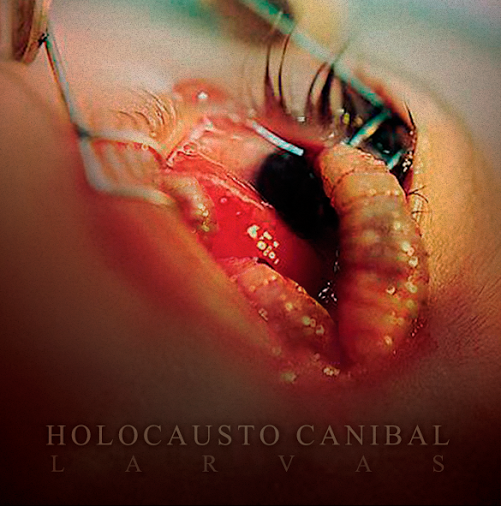 Now we think it’s time to show you the cover artwork of this brand new opus! Conceived by our very own Eduardo Fernandes, the cover portrays an bloody eye being open by surgical tools while a worm silently slithers into the iris.

According to him: “the whole ideia of this EP is to mark the transition between our previous album “Gorefilia” and the new songs we’re already working on. “Larvas” is Portuguese for “larvae”, and somehow we wanted to pass the image of a rotten body infested by worms [which represent “Gorefilia”], while one of those worms quietly crawls into a brand new body [the new songs]. This worm is this EP: rotten, ugly, slimy and fat – which actually are some of the words we can use to describe these songs!”

Expect more news regarding final track list, release date and some special stuff in the next weeks, grinders!

Posted by NeKronos Promotion Hell at 15:51