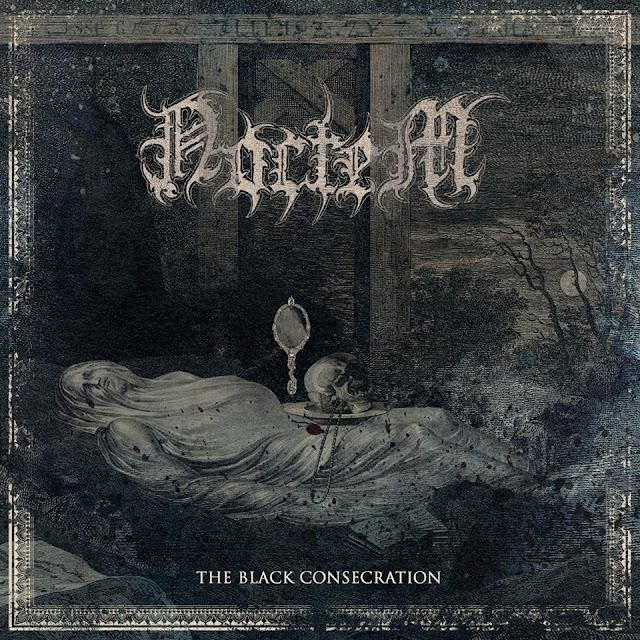 PRODUCTION/RECORDING:
“The Black Consecration” has been recorded at Millenia Studios (Valencia), produced by Art Gates Records and Noctem. Mixed and mastered by Vicente Mezquita. 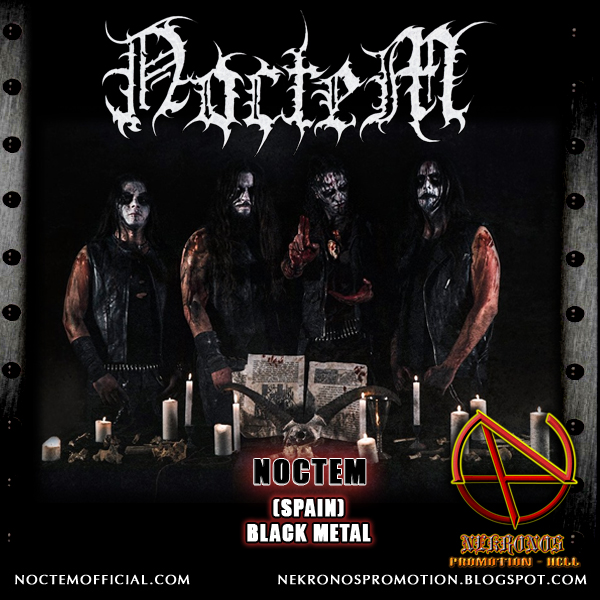 THE BAND AND THE NEW ALBUM:
Spanish black metallers Noctem are back with a new chapter in their career entitled "The Black Consecration" which is without a doubt the darkest in their history. Even the new album is just a logical step forwards from the band previous work "Haeresis" there are allot changes to be noticed on the band new piece which is the most atmospheric and raw piece of dark art ever created by the band. The majority of the death metal elements used by the band on previous records where left behind by a darker, faster and unclean whole new black metal approach. Creating with it a true dark abomination straight out of the blackest abyss!

Since the band formation back in April 2001 in Valencia (Spain) Noctem have always been developing their sound, refusing stagnation, the band has always brought something fresh within each of their new records, starting with the Epic blackened death metal trilogy of "Divinity" (The Epic), "Oblivion" (The Brute) and "Exilium" (The Tempered) the band then advanced to "Haeresis" which was a whole new experience of black death metal inspired by the infamous Spanish Inquisition and all it's UNholy thematic. Musically speaking this has been probably the rawest and blackest album that the band has unleashed to that date.
Following this devilish path, "The Black Consecration" is just a logical consequence of the bands previous endeavours! Both brutal and blaspheme!
Noctem aren't just another extreme metal band out there, their constant sound evolution has caught the attention of promoters, media and fans worldwide, allowing the band to tour with bands like Samael, Hate, Incantation, Gorgoroth, Marduk, Taake, Nargaroth, Immolation among many others!

The production done by the band and label over Millenia Estudios in Valencia has given this album an absolute whole new raw, dark and savage sound. This is an absolute new experience for Noctem adepts ears, both harsh and obscure!

Talking about the whole "The Black Consecration" art which is impressive let me tell you, has been created by Credo quia Absurdum and it reflects at best the new album alchemic, esoteric and enigmatic thematic. As usual, Noctem have enriched their work with great looking obscure art!

TRACK-BY-TRACK:
"The Black Consecration" album takes it's listeners into a brutal dark ride though the most archaic and direct black metal sound ever created by the band! At first you may find it strange but after you listen to it a couple of times, you'll notice that it gets deeper into your ears and you can't stop listening to it! Something only possible on high quality extreme metal creations done by experienced and talented musicians! Noctem are undoubtedly a fine example of both (talent and experience)!
"The Black Consecration" introduces the listeners to the renewed sound and makes your heart pound with such cold blood fearsome black metal. This is a vicious and fast track with Beleth amazing and improved vocal dynamism which has yet enriched the whole album experience, making one of his best performances ever and with it making Noctem to sound darker and sinister than ever before... but yet don't fear, still it's easy to trace the typical Noctem elements and identity... so don't think the band has changed completely their sound! This is yet one of my favourite tracks!
"Sulphur" comes next! This is a brutally savage track, yet vicious and sick! Out from the fetid darkest pits of hell this is one of the fastest and scorching tracks of the whole piece!
"Uprising Of The Impenitents" brings back some equilibrium to the album, slower and decadent, this is in my opinion one of the best and most balanced tracks of this black metal piece of art, simply love the melodic classic guitar lead who brings a very own obscure Latin twist to the whole piece a moment of darkest splendour among such pitch black atmosphere! This is probably one of the most addictive tracks of the album too.
"Coven" ignite back the fire and brimstone that this album got us used to. A fast and agonising track that shall haunt your ears with such primordial darkness!
"All That Now Belongs To The Earth" is another fast track with some slower decadent moments of pure black metal alchemy.
"Let That Is Dead Sleep Forever" is in my opinion another of my favourite tracks, this is a vicious addictive and incredibly fast song, an arcane creation of measureless black magic!
"Court Of The Dying Flesh" is another memorable epic track that will hook you up since first listening, fast and brutal as much as you sure desire, but yet ominous, deep and obscure! A twisted delight to the tormented ears!
"Dichotomy Of Malignancy" ends up this black metal priceless jewel in a frenetic and aggressive way. Another direct and fast track for adepts of musical extremity!

THE CONCLUSION:
"The Black Consecration" is without a doubt the darkest and most brutal piece that the band has presented to the date! Deeper into black metal essence but with a very own Latin twist to it. Expect no softness on this razor sharp demonical blade, this killer piece of black metal art will bring upon you the scorching flames of hell!
Noctem have raised a beast of an album that probably will please at the most the black metal adepts out there, there are some slight death metal elements but clearly not taking so much evidence as on the previous creations of the band!
The new Noctem pestapocalyptical album clearly should not be missed by adepts of cult bands such as Watain, Gorgoroth, Marduk, Taake, Dark Funeral, Nargaroth, etc.
"The Black Consecration" is one of the best black metal offers for 2019 and probably one of the best Spanish black metal albums to the date! A clear proof of perseverance and a crowning of many years of extreme metal excellence!
Deeper into the black arts than ever before... Noctem are one of the most respected and requested Spanish extreme metal bands out there! This new opus will surely take them beyond the gates of recognition and across further black metal stages over the darkest metal universe!

Posted by NeKronos Promotion Hell at 06:22