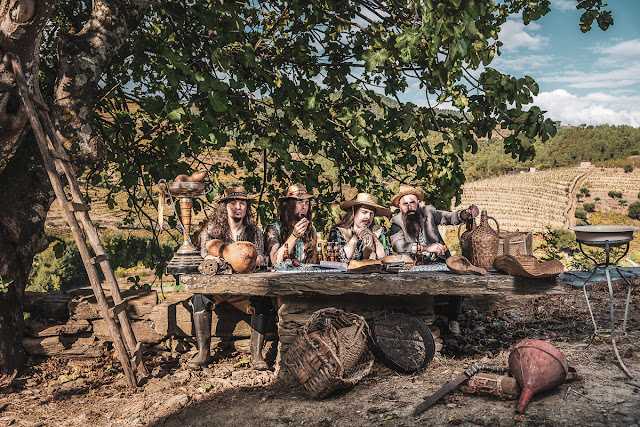 SERRABULHO have revealed the first single for the new album "Porntugal - Portuguese Vagitarian Gastronomy" that will be released on December, 15th by Rotten Roll Rex!
The first single chosen is "Dingleberry Ice Cream", a song with lyrcs in English and Mirandese - Portugal’s second official language, spoken mainly by elders in the bands local region, it that tells the story of a Family Frost ice cream salesman (hence the truck’s typical melody being played with a bagpipe) who worked in Miranda do Douro (known as part of Portugal’s "cold lands"), who became frustrated with his lack of success. One day he decides to “tweak“ the ice cream’s recipe, and suddenly his sales go off the charts!
Ricardo Santos [Velha Gaiteira, Gambuzinos, Trasga, Bizarma and Zaragaitas] plays the bagpipe on the song. 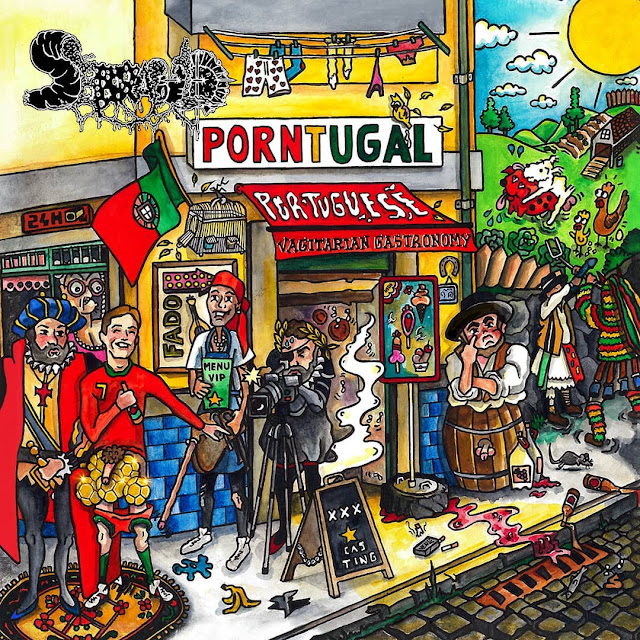 "Porntugal" features a wide variety of guest appearances. Besides the bagpipe, Ricardo Santos also plays rabel (similar to an archaic violin and descendend from the medieval rebec), tarota (a catalan wind instrument, that belongs to the Oboes family), adufe (a portuguese square drum), galician tambourine and vieiras (scallop shells). Manuel Meirinhos [Galandum Galundaina, Trasgo] contributes with additional vocals, sampling and bagpipe.
Freaky, the crazy chihuahua barks (a lot) on the song Os Tintins do Tintin. Also, additional vocals throughout the CD were provided by Susana Lima and Hugo Picamilho [PadariaGang].
Some field recordings captured in loco by ethnomusicologist Tiago Velhinha Pereira & A música portuguesa a gostar dela própria [http://amusicaportuguesaagostardelapropria.org/] were used on the disc.

SERRABULHO also wish to note that a part of the band's twisted aesthetic actually originates from the minds of two young ladies: Susana Catalão, our most beloved lyricist, has penned the vast majority of the songs’ lyrics, delivering some of funniest stories, written in an exquisite way that lets us delve ever-deeper in our craziness. Meanwhile, Marta Peneda’s cover art has been the band’s calling card. Every time we talk to either Susana and Marta about some ideas we had, they return to us with even more deranged concepts than the ones we initially brainstormed. Thank you, girls!

Finally, SERRABULHO gratitute to Alfredo Cameirão for the Portuguese to Mirandese translations! 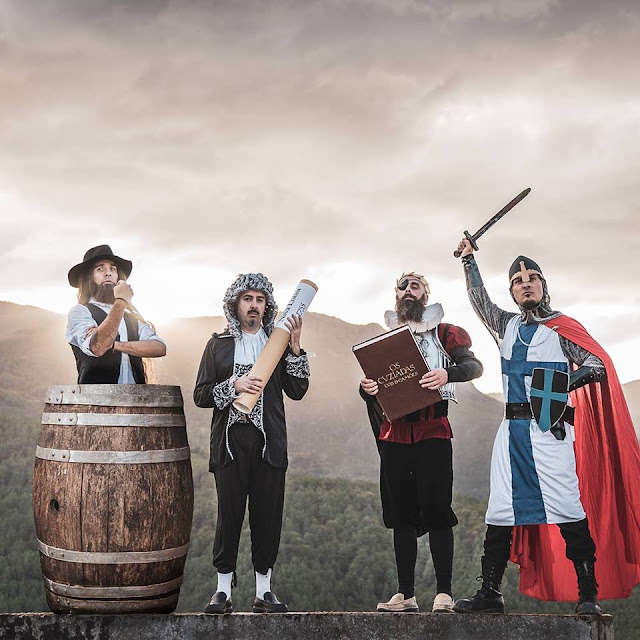 Posted by NeKronos Promotion Hell at 04:18