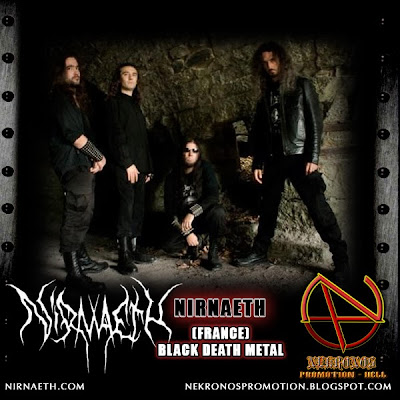 NeKronos Promotion is Proud to present the first band of the NeKroWeek, they are NIRNAETH (Black Death Metal). An awesome band from French soils for fans of Carpathian Forest, Watain, Destroyer 666, Necrophobic, Nifelheim and many more!
Show your support and share this info to all your metal brotherhood if you like what you have heard!

The audio clip for "The Encounter" from the album "Splendour of the Abyss":
http://www.youtube.com/watch?v=-PpFmzsmDpk 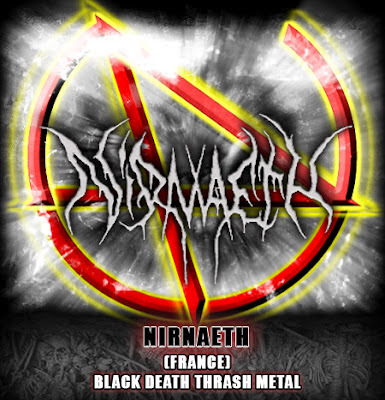 Nirnaeth became an essential of the French extreme metal scene with a devastating Black Death Metal.

In 2002 Yamaël (drums) joined Mutill (guitar) and Malaria (bass). After a long search Zigouille (voice) will complete the line up fall 2003.

Nirnaeth since then has shared stages with bands like Nunslaughter, Necrodeath, Negura Bunget, Panchrysia, Gorath, Handful Of Hate, Asmodée, Merrimack, Vorkreist, Lord, Otargos ...
From his two previous recordings, "Nothing But Ashes" (2004 demo / sold out) and "Thrown Athwart The Darkness" (full length 2006 / Great Dane Records / sold out), Nirnaeth has imposed its own style. Incisive, brutal and effective, the titles of the band have received unanimously positive opinions from the specialized press and fans.

Posted by NeKronos Promotion Hell at 00:41