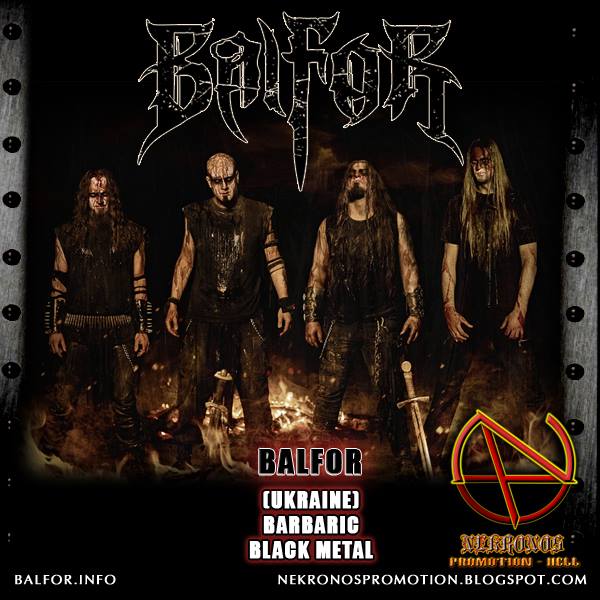 NeKronos Promotion is Proud to present the band of the NeKroWeek, they are BALFOR (Ukraine) and they play barbaric black metal, one of the most successful representatives of their national metal scene by now. Explosive mixture of black and death metal, flavored with epic melodic brought BALFOR fame not only at home, but also far beyond its borders.
Show your support and share this info to all your metal brotherhood if you like what you have heard!

The videoclip for "Serpents of the Black Sun" from their new album "Black Serpents Rising":
https://youtu.be/NPphT2skiws 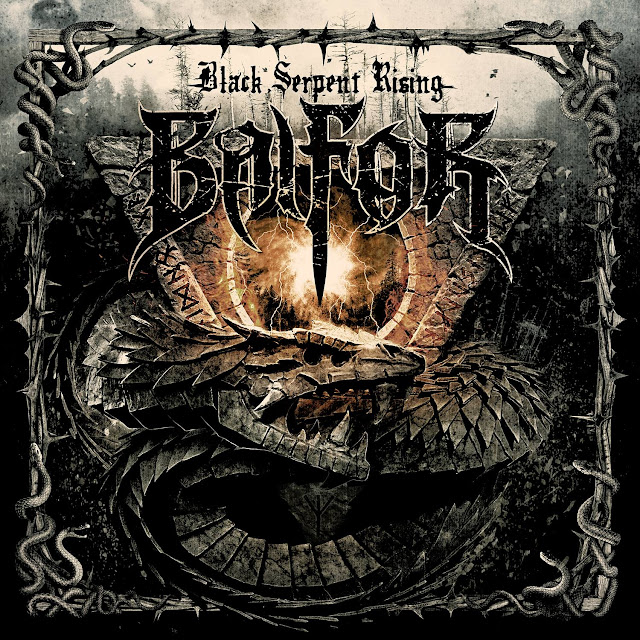 "Black Serpent Rising" Tracklist:
01. Serpents Of The Black Sun
02. Dawn Of Savage
03. Unbounded Wrath Of Venom
04. Heralds Of The Fall
05. Among The Fallen Ones
06. Wolfbreed
07. A Vulture’s Spell
08. Crimson Stronghold 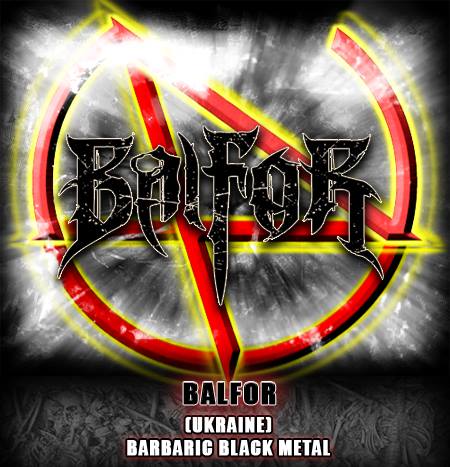 Balfor is a Ukrainian Black Metal band from Kyiv featuring Khors, Raventale and ex-Hate Forest members. The band plays a style that can be to define as Barbaric Black Metal, a name that only partly explains the kind of dark, dramatic music they play. Music that is an epic, melodic and a blastingly fast mixture of Black and Death Metal.

Next release “Pure Barbaric” in a move calculated to bring Balfor to the attention of a much larger audience was released for free download via a net-label. It was a move that was extremely successful in terms of increasing interest to the band. Using the resources and capabilities of social media Balfor manages to attract new listeners worldwide.

After that “Barbaric Blood” was released by CD-Maximum Records for CIS and Baltic countries under the license of Pulverised Records.
Second European tour Balfor shared in the company of black metal bands Emptiness and Christ Agony.

Without dwelling on the achievements Balfor returned to Kyiv and recorded the EP “Heralds Of The Fall”.
And new album “Black Serpent Rising” will be released in January 2017 by French label Drakkar Productions. Album interprets dark, barbaric past of humanity and ancient cults.

Posted by NeKronos Promotion Hell at 01:01