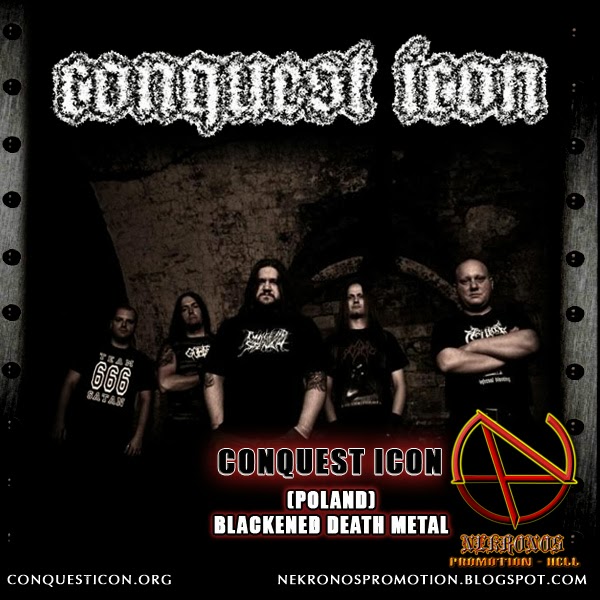 NeKronos Promotion is Proud to present the band of the NeKroWeek CONQUEST ICON (Polish Blackened Death Metal), they are another impressive band for adepts of an old fashioned death black metal combo. Demolishing and powerful their sound is causing already impact in local metal scene!
Show your support and share this info to all your metal brotherhood if you like what you have heard!

The audio-clip for "Remnants" from their split album "We Are The Ancients":
https://youtu.be/A26GUTVofL0 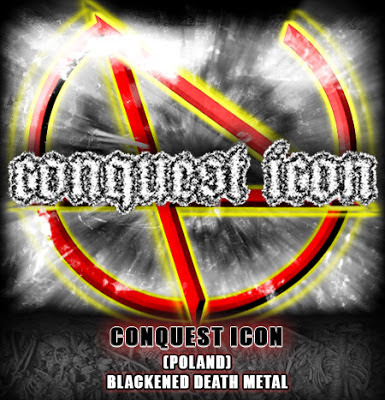 Band, supported by Imp from Saltus, started to work on debut album in November 2009 and in April 2010 “Hellspire” was finished. Album was mixed and produced by Andy Blakk (drums and vocals were recorded in KPD Studio; guitars and bass were recorded in ABH Studio).

Music on “Hellspire” is an old school blackened death metal.
Album was released by 16th of July 2010. CDs are available through band's site http://conquesticon.org/

After releasing debut album "Hellspire", band takes no rest. In August 2010 the lineup was completed and band started to work on the material for the split "We Are The Ancients" (split is shared with Empheris, Wraith, Necroist and Purifier). Split is soon to be released.

In May 2012 co-founder and band's vocalist, Empherion, decided to leave the band due to personal reasons. He was replaced by Ronve. Current lineup is following.

Posted by NeKronos Promotion Hell at 01:04