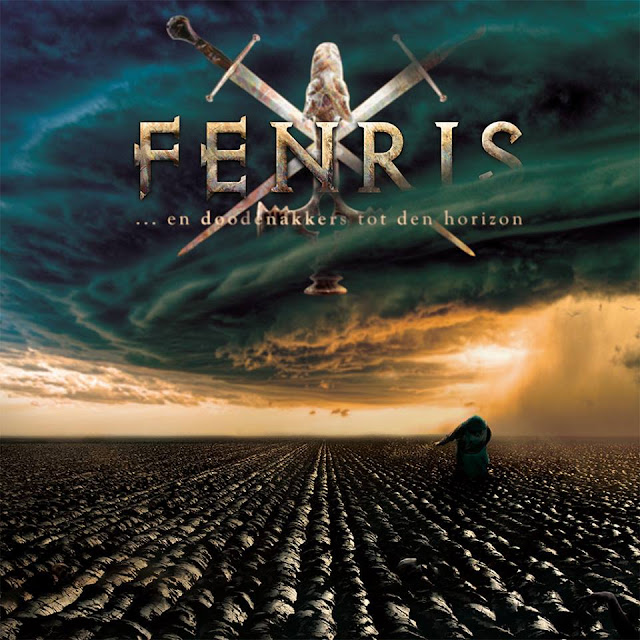 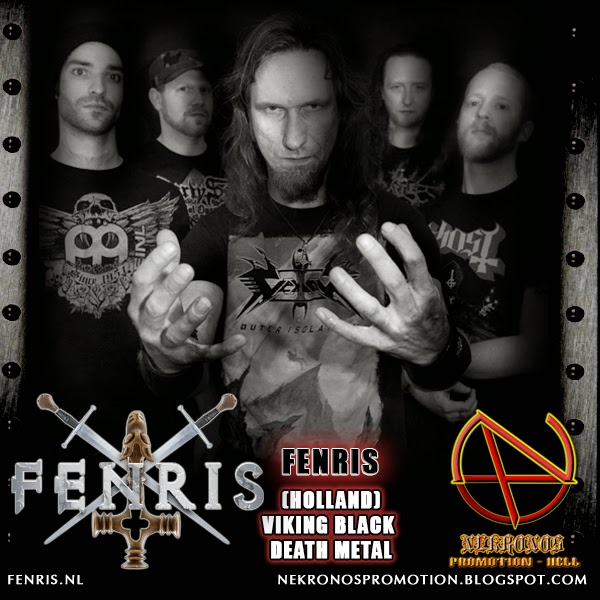 "(...)This wolf will never rest
Vengeance will come to them....finally
I am Fenris...the quintessence of wolves
FENRIS!!

My mouth for centuries, opened by the sword
The spirit I possess…will rule eternally
Now is Ragnarok! (...)" FENRIS - “...en doodenakkers tot den horizon”

Eleven Long and cold winters have passed since the release of the last album "Ordeal" by the Dutch Viking black death metal warriors Fenris! Now the time has come... In September 2016 the band will be releasing their third full length by the title of “...en doodenakkers tot den horizon” ("...and fields of death 'till the horizon" [ENG]). It is time for the Viking Wolf to arise once again and unleash bloodshed and Ragnarök itself!
For those who don't know the band yet, let me tell you that Fenris (the only band with the registered name) have been born in Holland back in '97 and ever since have a history of combining thunderous Viking metal with scorching black/death metal. A reference in the local underground scene, Fenris combines blindingly fast extreme music with a more atmospheric, always dynamic and melodic metal!
As you should expect the band main lyrical theme and inspiration comes out from their strong roots in Nordic and Germanic Mythology as well as those times peoples hopes, beliefs, wars and hardships! Fenris lyrics are not only in English but also in their mother tongue which provides the band even a stronger identity!
Graphically inspired by the album theme the matching cover art done by Tim Blom reveals a field of death that extends itself till the horizon line!

The new album “...en doodenakkers tot den horizon” is in many ways more direct, fast and darker than it's predecessor "Ordeal" which was quite more atmospheric and melodic! This new album reveals a renewed black death metal formula, updated and more mature in many aspects!
The new songs fit perfectly on each other. Fenris surely have forged here a new fearsome Viking weapon of epic proportions!
The crescendo introduction "Echo of the machine" introduces the listeners to what is to come... a truly old fashioned epic bloodshed in a merciless Viking black death metal form! Faster and with more complex structures the band has developed their sound into a darker form of extreme metal fusion where black metal slower elements combine with death metal virulent brutality! Faster ear ravaging tracks like "Black Ashes" blend perfectly with slower apocalyptic decadent tracks like "Ruined". Hard to pick highlights on this album but yet tracks like "Zielenstrijd", "834" and "Fenris" are true battle hymns that put you right back into the times of the frenetic Viking raids... curious that 834 was the year when the early Danish Viking raids started over Dutch cities! Dorestad (now called "Wijk bij Duurstede") alone was known to be plundered five years in a row! "Doodenakkers" and "Descent" end up the album with greatly balanced tracks where furious rhythms and blasts combine in perfection with slower but powerful dark elements!

“...en doodenakkers tot den horizon” is without a doubt the most mature band release to the date. The old school musical structures are of the finest quality and the blend of extreme metal music is in fact an impressive work of art!
The album sounds quite "old school" still with loads of thunderous low end, face-bursting attacks and gut-wrenching vocals by Gilbert. The drum work done by Rick is about perfect, impressive top quality to say the least! The overall guitar work by Bas and Joris is damn ear catching with some acoustic elements here and there. Yet what impress me the most are the dynamic variations from the melodic to the virulent fast which are a precious constant on this album! Chris bass work is also relevant, giving the sound the right pounding balance!

In all “...en doodenakkers tot den horizon” album is a must for any demanding black death metal adept, a great piece for fans of bands such as Dissection, Enslaved, Satyricon, Immortal, Taake, Kampfar, Sear Bliss as well as many others! Fenris forged since their early years an own identity and ever since they developed their sound, improving their extreme metal music into a perfect blend of black and death metal, a proof of that is the new album which has enriching fresh elements, yet always keeping the old-school vibe and aggression into! A great extreme metal piece with heathen aura and Viking spirit!

Posted by NeKronos Promotion Hell at 01:29