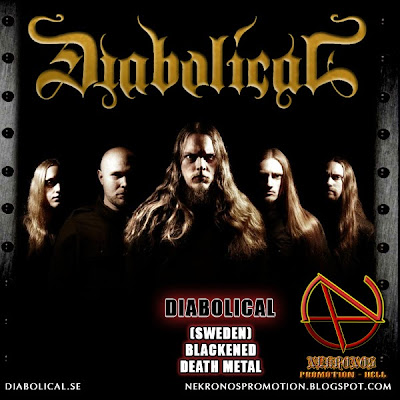 NeKronos Promotion is Proud to present the first band of the NeKroWeek, they are DIABOLICAL (Swedish Death Black Metal), one of the best bands in their genre with outstanding quality, for fans of Behemoth, Hate, Watain, Dark Funeral, Marduk, Vader, Rotting Christ, Septic Flesh and several more!
Show your support and share this info to all your metal brotherhood if you like what you have heard!

The latest videoclip for "Metamorphosis" from the album "Neogenesis":
http://youtu.be/1cGOG_kPXZg 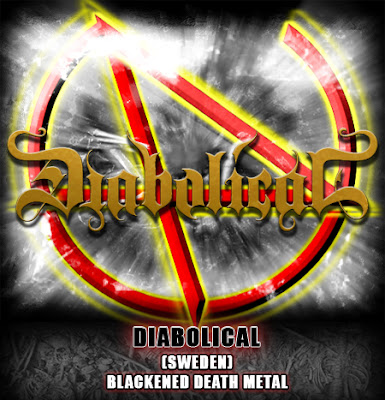 Ever since DIABOLICAL was formed in Sundsvall, Sweden, in 1996 the band has caused confusion among the narrow-minded, constantly progressing, refusing to do the expected. Already with their early efforts "Deserts of Desolation" (mini album, 2000) and "Synergy" (2001) DIABOLICAL stood out as something different from the death metal bands coming up at the time, representing something unwilling to be categorized easily. The reception from fans and media was very good, resulting in a lot of coverage in major metal press at the time.

Following the success of the second full-length album "A Thousand Deaths" (2002) the band toured Europe several times in 2002-03 with AMON AMARTH, VOMITORY and DEFLESHED among others, co-headlined Open Hell festival (2002) and Kaltenbach Open Air (2003) and played several other festivals as well. The albums were later re-released in South America, and both albums were released in the USA as well.

2004-2008 the band only did few live appearances mainly due to Widgren’s intense and increasing work schedule producing other bands at his Necromorbus Studio.

But in 2008, after several years of record label related problems, DIABOLICAL returned with full force and delivered a milestone in their discography; taking their innovative death metal a huge step further they plunged the listener into the darkest corners of the human mind, bringing restrained aggression and cravings for vengeance to life in "The Gallery of Bleeding Art". The album received brilliant reviews and was followed by two small but very successful headline tours though Europe.

In January 2011 "Ars Vitae" was released, containing 17 tracks from different parts of the band's career. The newest material was recorded at Necromorbus Studio in 2010, and was again produced by founding band-member Sverker Widgren. The band did several tours between 2010 and 2011 in Europe and Russia in support of "Ars Vitae".

In 2012 an announcement was made that a new album was in the making. Entitled "Neogenesis" it stands out as something truly unique. The album raises the bar for concept albums as it apart from being a music album also is a novel. Uniting every song with a chapter of the book the music, lyrics, storytelling and philiosphy of "Neogenesis" blends together to create a profound experience that will surely leave a deep impression on the listener. "Neogenesis" will be released on the 27th of September 2013.

Posted by NeKronos Promotion Hell at 01:31